A Short Chat With Mik Kulhman About Movement 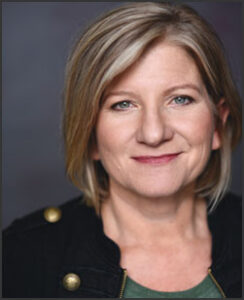 Mik Kuhlman is teaching a weekend workshop, Movement Into Character, on November 12-13. In this interview, Mik talks a little about her teaching philosophy, her history with Freehold, and shares a few techniques for getting deeper into character.

Q: Can you describe your workshop, Movement Into Character?

The workshop is to give actors an opportunity to look at their character through the lens of physicality. How can they enhance their character? I see a lot of actors who don’t take advantage of body language, tension, status, escalation, all kinds of tools that can tell us more about character, that can give us depth of character through physical nuances that make us human. We’re complex creatures. To play humans on stage, to have a sense of one’s own physicality, to become aware of how you move, of how people move, and then to be able to apply either attributes yourself possess or have seen in others–all of that adds to your character to make a richer, deeper, more rounded character.

Q: Can you describe a concrete example of an exercise you do?

Well, there could be, say, an underlying nervousness, or an underlying anger in a character. So instead of having the character just explain something, out of nowhere, you can give signals that make it a truth when it’s seen. So if my hand is slowly clenching up–you see it every day in people, the arms come across the body. There are signals that we, as humans, give each other to say “I’m not comfortable” or “I’m getting angry here.” The body recognizes it before the mind does. Another example is, a character in a show says: “I don’t feel well, I’m going to go to bed.” Well before that line happens, if you rub your head a couple of times, when you say the line there’s already a truth that’s been spoken. And the audience thinks “Yeah, I saw that. They weren’t feeling well.” And they recognize it. You can use escalation, where a character is seething, and tension builds up, and doesn’t just sort of pop out. You can see the character riding that, and build the tension with that, and it pulls the audience into the drama of it by pulling them into the tension.

So there are these tools that actors carry in their toolkit that deal with the concept of tension, the concept of status, those concepts that you can play with by showing it physically. Another way you can source something is from an animal or an element. Think of your character as wind, and let that wind go from a gentle breeze through a window where you seem to be a very soft and light character, but as it builds you become more and more violent and erratic. And it builds in the way that the wind builds and builds into a tornado. Those are very different winds, but the same element. You can also play with an animal. If you’re a squirrel that’s always looking to collect and has a bit of a time pressure–making sure they have everything stored in for winter–that has an energetic quality to it, that of constantly working and constantly looking and constantly making sure everything’s in order in a preparatory way. That’s kind of a squirrel energy, whereas if you’re a sloth, you’re not moving very fast, you’re not really concerned about the future. So you can have qualities of an animal that you can infuse your character with. And it’s only in your mind, and your play with your own body. It allows audiences to see qualities in you, in your character, that make you very dynamic and interesting. We’re always much more interested in people who are connected to their bodies.

You can’t separate the head and the body, and as actors that connection is essential. I see so many stiff actors just because they’re not connected with that whole language of the body that gives truth to storytelling–it gives assurance, it gives the emotional landscape, the subtextual landscape. There are so many things you can tap into when you can just be comfortable and just look through a physical lens at yourself and at the world and understand more the power of engaging your body in your work.

Q: Who is your class designed for?

It’s for everyone. In fact, it’s great if you’re a beginning student because you don’t get caught up in your head. So you can be a new student who’s just starting out and learning, because I work with presence, I work with play, I get you out of the headiness of making it “right” or “correct.” You could also be a very veteran actor. As a coach I’ve worked with real veteran actors who are trying to get deeper into character, and I’ll work with them and figure out–okay, you’re more of a wolf, this character is dog-like or wolf-like, whether it’s domestic or wild. And you can find those elements in yourself. This class is a way to go deeper, if you’re a veteran performer who’s taken all the classes and wonders: “What else can I do?” Or if you’re just starting out. It’s an even playing field in that regard.

It is good to feel comfortable moving in your body, so somebody who wants to just sit and be in their head should not take the class. You’re not sitting too much. The first day is just to open everybody up, get them playing, thinking, exploring. The second day is devoted to looking at monologues, and doing practical work.

Everybody’s in a body, and the actor’s instrument is the body. The more we can tune it, the more beautiful the sound that comes out of it is. An actor’s job is to continually tune their instrument. A class in physicality is a tuning of that instrument so that it plays an even richer sound.

Q: What led you to Freehold?

It’s been a long journey. I think I studied with Robin when she was at Pasqualini-Smith Studio. I was one of the Seattle Mime Theatre people, and we had our theatre on the top floor at Oddfellows Hall, and Freehold moved into the building. We were all in the same building, so I started taking classes, all of the physical classes in particular. I did clown, the dance theatre classes, anything that was physical. I’ve been teaching at Freehold for I don’t know how many years now, but I teach clown and movement and kind of go between the two of those.

Q: Anything else to add?

I work a lot internationally. I work in countries and cultures where I don’t speak the language. There’s a quality that my experience of living and working abroad has given me, in my insight into human beings. I had an actor one time–I was directing–who said to me: “Oh my character would never do that!” And I think anytime an actor says that, they’re sunk! Because they’re limited. If you know humans, and you’ve seen enough humans, you know you can never say that. If you are thinking that way as an actor you are so closed and so shut down that you can’t open up to the world of humans, and humans are–Wow!–we are amazing creatures.

I feel fortunate in working across multiple genres and multiple cultures and countries and it gives me a different perspective and I bring that to my students. And because of that I’m comfortable working with students who maybe aren’t comfortable in the English language. I understand them. I understand what it is to have to learn through watching and feeling and physically getting your cues. The world is very rich when you have a limitation of language. I love the diversity of my students at Freehold because we are each other’s teachers, especially in these workshops. You learn so much from seeing other people.