What Have You Been Up To During Quarantine? 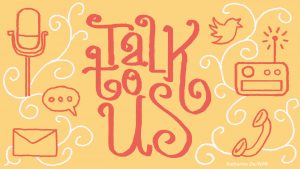 In an ongoing series, we asked a few of our faculty and students what they’ve been up to in the past few months. Read on to hear how Freeholders have been staying creative.

Gin Hammond:  Hi!  Aside from homeschooling my son (exhausting!), I’ve had the tremendous pleasure of teaching voice and a public speaking classes to some pretty remarkable students.  (Major props to any single parents out there who have had to tackle that).  I’ve also been writing a novel, a screenplay, and a series based on Returning the Bones, a play I wrote and performed at Book-It Repertory Theater in 2019, and it’s been a humbling, non-stop education.  Been spending a lot of time in the “voice-over bunker” under the house as well.  Words cannot describe how grateful I am to have traveled so much with my husband and son last year, not only because it keeps me from complaining about quarantine, but also because we got quite used to living in close quarters for long periods of time.  Lately, at-home summer camps for our son has been our big focus, including but not limited to Construction Camp, Arts Week, Spy Camp, and other shenanigans.  Really hoping we won’t break any bones during Ninja Camp. What has saved my sanity most of all, however, are the garden and chickens.  Every day brings something new which connects me to nature and The Bigger Picture.

Goldie Perry:  I feel like I’m back in fourth grade and I’m writing about what I did for summer vacation.  Only its what I did while I was in quarantine, and there was no vacation involved. For my day job I usually work from home, so that didn’t change.  What really changed was the ability to go out and participate in the arts, whether in the audience or up on stage.  I really missed my open mic nights at the piano bars and was seriously saddened that one of my favorite places, the Palace, has closed.  Instead, I have been learning, and doing online auditions when possible.  I had planned to take the Spring off from Freehold (and travel) but instead I was able to take John Jacobsen’s class on Auditioning. I miss catching up with people in person but for the most part I stay home, and mask up when I go out, and try and make a positive difference over Zoom and other ‘virtual’ ways of gathering.

Elena Flory-Barnes:  It truly feels like we are living in another dimension. If you think about it we are indeed living in an alternate reality. We have all been impacted in major ways and it is very real. I have found some peace in living in this new normal for the time being. I do my best to stay healthy and safe physically, as well as grounded and gentle with myself mentally, emotionally and spiritually. This global pandemic, as well as a global call for the end of systematic violence and brutality against Black people, has overwhelmed me with an abundance of various emotions. Ultimately, I have been motivated to look at what is really “essential”. My family, my friends and my art triumph as the most essential and important to me during this challenging time. I am so grateful that I have been able to continue to create and collaborate, although differently. I do miss teaching terribly though. I’ve been taking it one day at a time and am excited to see what our NEW new normal will be when all this has passed.

Sarah Heady:  What I Did During My Quarantine ‘Vacation’

When the quarantine was announced, I remember thinking it was a golden opportunity to write and to get my taxes done. Instead, I puttered around at home — I cleaned, tried new recipes, and folded my towels in thirds and stacked them too neatly.

I read (and bought) more books, telling myself it was critical to support my local independent bookseller, my tsundoku habit notwithstanding.

After a few weeks, anxiety and depression began to creep in. I started binge-watching Netflix and Prime, while consoling myself with food. Getting up in the morning proved increasingly difficult. I envied people with jobs and routines, who ‘had’ to be places and do things; life felt surreal, and my self-motivation was MIA.

Then the gym reopened, for training only. I signed up – a personal trainer would be an ‘appointment’ I had to make. It felt oddly restorative simply to leave my apartment, walk in the sunshine, and work out while chatting with someone.

I started to FaceTime/Zoom more with friends; that helped, too. Miraculously, one afternoon I outlined a screenplay.

For three weeks, I have maintained this even keel based primarily on exercise and regular social contact. It really is ‘the little things’ that have made a difference. Who knows, I may even start doing my taxes one of these days.

Carter Rodriguez: Ah, the life of a performing artist during a deadly global pandemic… I certainly won’t have any excuses for not having  written that one man show and the film thingy I’ve been promising the world for a couple  years (or more).
I’ll be doing a socially distanced and masked-up reading of Freehold’s next production, Auntie Val, penned by my dear friend, teaching partner, and poet, Daemond Arrindell. Directed by our fearless leader Robin Lynn Smith, and featuring a cast of many beautiful souls—Felicia Loud in the lead—it’s an amazing and relevant story.
As the sobering news of Virus Danger hit us in March, I was in the middle of rehearsals for a shamanistic ritual performance called The Violet Symphony that was set to run at On The Boards’ main stage. It is now slated to be adjusted to a series of solo performances, in glass cages, (not kidding) that will be up at OTB in September. It is the vision of Timothy White Eagle and it is sure to be a compelling and transformative journey. Freehold’s Paul Budraitis co-directs with Hatlo.
Other than that, my band Baby Crow Flight School, is still writing and rehearsing, SAFELY. I wrote two new songs this week. We’re hashing out the details of how to make really good video performances now that live music is…?

We’d love to hear from YOU, too! What have you been up to during quarantine? The good, the not-so-great, the weird, THE TRUTH. Please send to marketing@freeholdtheatre.org.